Hua Mingyue is the granddaughter and heir of the chairman of the internationally renowned H Group. But she is an unlearned, playful dandy. Grandpa called her to the company that day and ordered her to be the company’s general manager. Ms. Hua knew that she was incapable of doing the job, and she found various reasons to resist, but she couldn’t help her grandpa, so she could only make up an excuse to slip. After a blunder, I met Qin Donghai, who came to apply for the job, and the two left a bad first impression on each other.

The chairman was moved by Qin Donghai’s “red and professional, strong enough to guard” resume, and tempted him to be the tutor of his granddaughter, Miss Hua, and hoped that he would lead Ms. Hua on the right track. Qin Donghai agreed. Due to his grandfather’s power, Hua Mingyue had to accept Qin Donghai as a tutor, but secretly tried to get rid of him. She is arrogant, who knows that Qin Donghai’s domineering attributes are stronger than her; she started “various works” again, deliberately exhibiting her own evil virtues, but Qin Donghai is still better at her skills and keeps her clean. After a period of time, the chairman saw the progress of his granddaughter and was very satisfied with Qin Donghai’s work.

The “Flower Sea” struggles constantly. However, during an inspection of a subsidiary, Ms. Hua was trapped in a fire. At the moment when the hero of Qin Donghai rescued the beauty, Miss Hua was shocked…

Adapted from a novel of the same name by Ju Mao Wei Wu. 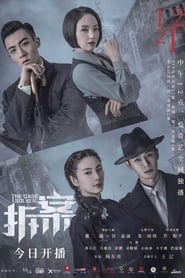